NANCY & DENNIS ON FEMALE-LED: TAKING HER NAME IN MARRIAGE 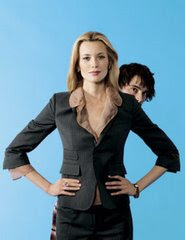 When Nancy and I married, Feminism seemed to suggest that a woman keep her name. Some women hyphenated their names as a practical transition to a married name, but many Feminists hyphenated as a way of keeping their identities in a patriarchal world. Unlike their hyphenating sisters who eventually dropped their “maiden” names, these women kept both or eventually transitioned back to their own name.

Fast forward to today and we have many women and a few enlightened men looking to go the other way—that is, having the man take HER name in marriage. Both as Feminists and as participants in a progressive marriage, we find this prospect very exciting. His taking her name is a very viable option of the many that a woman has. Consider the advantages it brings:

Note that when we say he will take her name, we mean that he will legally change his name after the wedding as does a woman in a traditional patriarchal marriage. He'll have to change his name on such things as his driver's license, passport, tax records, credit cards, bank accounts, his employer records, business cards, etc.

Each state and the federal government has its own rules for changing names. Our patriarchal society seems to make it easy for a woman to take her husband’s name but not necessarily for a man to take his wife's. We suggest that couples consult an attorney and understand what the processes are. With the help of an attorney, the legal system will likely present few problems; family and friends, however, will likely object to such an avant-garde arrangement. The couple should be proactive in addressing these issues and objections. Our experience is that it is best to start early to condition family and friends to the couple's choice.  Remember, you are informing family and friends of your choice, not asking for their approval.

We know of a man who was a small college English teacher. He was marrying a woman who had a lucrative dental practice and earned many times his meager salary. Naturally, she had a vested interest in maintaining her name professionally, but he still felt it desirable to have a couple share a name in marriage. He was curious about taking her name and spoke with Nancy and me about the possibility, wondering how his fiancée would react. We assured him that she would be delighted, and soon after he offered his taking her name to hers as an engagement gift; she was thrilled and immediately accepted as we knew she would.

Now it was time to make the couple's intentions known within their families. When Carol announced their engagement at a family gathering she also told her family that they would have a new family member as Jim was taking her name. The women were very excited and accepting, proclaiming Jim as a “modern man.” In light of the women's excitement, the men in Carol's family kept any comments they might have had to themselves.

Jim's family, on the other hand, was very vocal in its disapproval. They blamed Carol for manipulating Jim and making his taking her name a condition of marriage. His brother warned that this was a bad sign and that Carol was likely to “take over” after the wedding (which, of course, sounds like a big plus to Nancy and me!).

Now one might expect that the women in Jim's family would see his action as a small victory for women, but they, too, objected.  Further, the women pledged to use Jim's name as tradition dictated on all correspondence and gifts. Some of the men even threatened to boycott the wedding! All this over a name?

Our engaged couple were only strengthened by these objections and took action to remedy this situation. 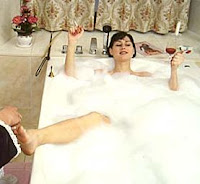 The objections they received solidified Carol and Jim's resolve, and the couple is well on their way to a progressive relationship. They are both VERY happy!

As an interesting side note, we frequently have inquiries from women at the Women's Center where we work about options for married names. Most are excited at the possibility of him taking her name. Occasionally we have a man come in who, like Jim, wants to take his future wife’s name and needs information and encouragement. We were able to assure Jim that his future wife, Carol, would be thrilled were he to offer to take her name because she was in our center only a week earlier exploring the possibilities. We like to think we helped both of them.
Posted by Nancy and Dennis at 8:21 AM 20 comments: 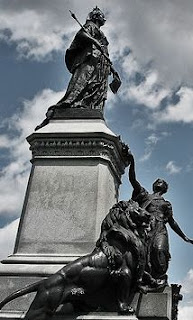 (Note from Mark Remond: While I continue on “indefinite hiatus” to pursue other writing projects, I am delighted to be able to turn this space over to two highly qualified and experienced advocates of female led relationships—“Nancy and Dennis,”a female-led couple for more than 25 years. In fact, as I noted in an earlier post (August 13, 2008), “Where Have You Gone, Nancy and Dennis?”), they have taken it farther, “not only advocating but evangelizing for female-led relationships.” For many years now, with Nancy naturally taking the lead, they have been conducting workshops at women’s centers where they “advise women to take control of their relationships and do so by becoming more demanding of their men.” To my great good fortune, Nancy and Dennis have agreed to do a series of guests posts for readers of Worshipping Your Wife. They will be exploring the same topics they cover in their FLR workshops; and, of course, will respond to any comments or questions that interest them.


I met my wife, Nancy, in college at a NOW meeting. We were – and are – both Feminists dedicated to the Woman's movement. We were both active in sit-ins, marches, and grass roots organizing. We're still active Feminists and these activities are very important to us and to the ultimate success of the Woman's Movement. The female-led relationship we have is rooted in our Feminism. 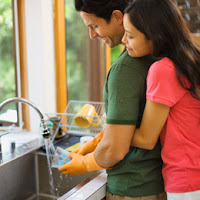 We came to put our Feminist beliefs into practice in our own lives in the form of a very workable Female-led marriage. Our experiences growing up predisposed us to just such an arrangement. Nancy grew up in a family with a tradition of female-led households. There was a hierarchy in place as well a variety of rules that ensured men knew what was expected of them. Having grown up in an all-female household I wanted to find a strong woman to guide me. I wasn't an hour into my first visit home with Nancy that I realized that in Her I found the woman I was seeking.

Our marriage has blossomed with each of us fulfilling our respective dominant and submissive dispositions. Nancy and her mother are in charge of our household. Nancy is focused on her career but also manages our finances, plans a social agenda, and makes the majority of decisions. I have put my career on the back burner in deference to Nancy and focus on domestic concerns. I am responsible for housework and have a routine of cleaning, washing, ironing, and looking after the women and their guests. Nancy's mother resides with us and manages my day-to-day activities. I defer to her as I would to Nancy. Between Nancy and her mother rules and standards are well documented. Knowing what to do and how frees me from any need to make decisions, a wonderful feeling. Besides, I get enough decision-making in work and am happy to defer to the women at home. There is immense satisfaction from looking after the needs of one's wife, pampering her, and relieving her of the drudgery of routine tasks and household chores.

Nancy and I are active in promoting female-led relationships, which we term “progressive” relationships since terms such as “female-led” sometimes bring the wrong ideas to women. Many women look at “female-led” as being the thing of male fantasy but accept “progressive” as something that is desirable to them. Through local churches and feminist groups we conduct workshops to help women explore, adopt, and grow in progressive relationships. We’ve had women from across the socioeconomic spectrum, but the majority of woman are professionals who want something different from a typical patriarchal marriage. They want to explore the possibilities and are always surprised to learn what can be done.

Our efforts have two main thrusts. The first is directed at women. We encourage women to be assertive and take control of their relationships. We advise women on practical steps to establish and enforce their authority—the most important of which is having financial control, but also things such as having written rules, roles, and standards and keeping hubby productively occupied. There are many other things, too, things like a written agreement that specifies her expectations and his obligations after marriage. Women can proceed at their own pace but their end goal should be control of the relationship; if her man is enlightened enough to see the advantage of such an arrangement, then she should accelerate the pace. 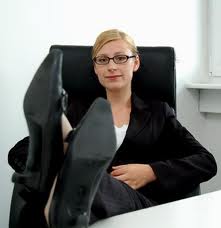 The second thrust concerns men and how a man deferring to a woman surrendering isn't a bad thing at all. In fact, men are very happy in a relationship when things are spelled out for them. Men don't know what women want, so women have to tell them. When they realize what their wife wants, men will act appropriately and, in fact, continually do more for her. I often accompany Nancy to workshops and attest to my happiness in a female-led relationship. 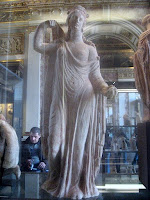 We’d like to build on this and discus issues of interest. We are most interested in sharing our ideas and hearing about what others are doing, what works for them. We welcome any questions and will answer them as time permits. In future posts, Nancy and I can discuss our roles in more detail as well as broader issues such as men taking a woman's name in marriage, which is always a topic of discussion with women who are exploring progressive relationships.