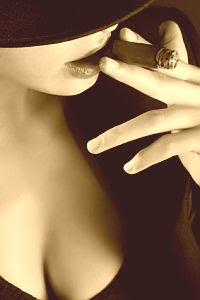 Of course, she doesn’t smoke cigars, but if she did, we’d light them for her, wouldn’t we, mates? Because that’s who we are.

“You see many such couples… the man [is] completely trained and conditioned, he is ever alert for his cues. If his lady unsnaps her purse and frowns down into it, he at once presents his cigarettes, and they are always her brand. If she has her own cigarettes, he can cross twenty feet in a twelfth of a second to snap the unwavering flame to life, properly and conveniently positioned for her. It takes but the smallest sidelong look of query to send him in search of an ashtray to place close to her elbow. If at sundown she raises her elegant shoulders a half-inch, he trots into the house or onto the boat or up to the suite to bring back her wrap. He knows just how to apply her suntan oil, knows which of her dresses have to be zipped up and snapped for her. He can draw her bath to the precise depth and temperature which please her. He can give her an acceptable massage, brew a decent pot of coffee, take her phone messages accurately, keep her personal checkbook in balance, and remind her when to take her medications. Her litany is, ‘Thank you, dearest,’ ‘How nice, darling,’ ‘You are so thoughtful, sweetheart.’ It does not happen quickly, of course. It is an easy life. Other choices, once so numerous, disappear… And finally, of course, it comes down to a simple equation. Life is endurable when she is contented, and difficult when she is displeased. It is a training process, conditioned response." 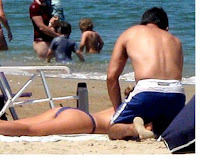 Clearly, John D. MacDonald--writing under fictional cover of his famous alter ego, Travis McGee--is deeply contemptuous of these men, who behave more like a courtier than a queen’s consort, devoting themselves utterly to her service, alert to, even anticipating her every whim. 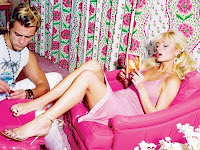 But for many men like me—and it’s an increasing cohort of modern males, I am convinced---serving our significant female others as exalted queen or goddess is not seen as degrading, but as uplifting and deeply endlessly satisfying. Many submissively oriented guys can envision no more glorious fate, no greater manly endeavor.

For the first of many examples, here is an excerpt from a confessional letter to Elise Sutton, in which the writer revels in his fawning subservience to a beautiful, willful woman. And, among his many personal services, apparently, are lighting her cigarillos:

“She relaxed on her favorite white leather sofa with a bunch of new magazines I'd bought for her. I poured her a brandy and lit her Nat Sherman Black & Gold cigarette. She doesn't often smoke, but she and I agree that no pleasure should ever be denied her so this is a nice extravagance. I knelt by her feet, took off her shoes and began massaging her feet.”

It’s a common confession of wife- and girlfriend-worshippers, being exalted by obeisance to the adored one, leading a life in a devoted, female-centric orbit:

“I am most comfortable when my fiancee chooses to relax. In our relationship, I am doing the man's work. She is not expected to lift a finger. I bring in a plate of cookies, some coffee, tea, or Perrier and we spend some time in conversation. Sometimes she is busy and I find something else to do. However, I am always on call… She goes to bed first, and I straighten up the living area. I go up to the bedroom… While the house is always neat, I only take one or two days a week to do a complete cleaning.”

For many such husbands, their service to their wives extends to every room in the house, especially including bath and boudoir:

“I love to wash my wife's hair and scrub her in the shower, then dry her. Mostly because she loves it. If someone says it isn't important, I do not care. I know giving and loving are important to me.”

As I wrote in Chapter 5 (“Pampering and Pitching In”) of the original Worshipping Your Wife book, “There are manly guys who draw their wife’s bath. Who shampoo her hair. Who loofah her skin and even shave her legs. Who give facials while she luxuriates in the suds. And who are ready with a warmed, fluffed towel to enfold her as she emerges, a dripping Venus, from the bath. Who are rewarded with the further privilege of drying and powder-puffing her skin, or massaging it with moisturizing creams. And who, later, lovingly brush her hair, the traditional hundred strokes.”

“My wife came into the bedroom and sat at her dressing table to apply her makeup. She was wearing a silk robe that I had hung in the bathroom that morning. As she applied her makeup, she noticed that there was a chip in the polish on one of her toes. ‘I don't have time for a pedicure now, but fix that chip for me while I finished my makeup.’ I found the polish and first cleaned the old polish from that one toe and then applied a new color and topcoat. And then I remained at her feet…” 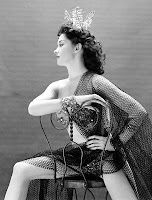 “Beauty care for my wife includes bathing her, brushing hair, doing makeup and nails, laying out and assisting in dressing her.”

“My Mistress requires me to massage her feet, paint her toe-nails and shave her legs. Occasionally she has me bathe her.” 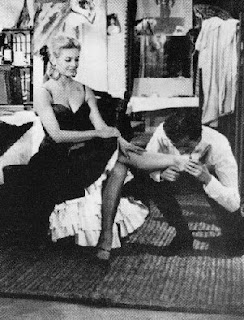 “I kneel next to the tub and begin to bathe my wife as I have done so many times before. I try to remain calm as I run the sponge and soap over her back, breasts and legs as she relaxes.”

Fdhousehusband, whose discontinued blog “Her Househusband’s Life” is sorely missed by many us, offers this advice to husbands embarking on wife-led marriages: “Help Her dress and undress each day.”

And for macho guys who, like MacDonald, heap scorn on such servile behavior, “Fd” heaps his own scorn in return, leavened by pity: 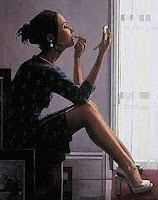 “i always laugh when i see [husbands] on TV shows, films and even [among] my male friends impatiently waiting at the door for their Wives to finish dressing and yelling out something about ‘being late.’ i think to myself, ‘Why isn't he helping Her?’ One of my important jobs is to help Her get dressed each time She heads out the door and to reverse the process when She comes home. my assistance saves Her precious minutes from Her busy day and makes myself useful. And besides, i get to enjoy this very special and intimate contact with Her!”

But, to return to the main point of this posting, is it really possible to reconcile such servile behavior with manliness? It’s a fair question. In the first giddy euphoria of this lifestyle, back almost fifteen years ago after I first launched into all-out wife worship after reading Lady Misato’s revolutionary website (“Real Women Don’t Do Housework”, I went a little wacky, I guess. My wife quickly became annoyed by my constant (and almost overnight) solicitousness. “Don’t be a sycophant!” she snapped. She was right, of course. (When isn’t she?)

I think I’ve learned a thing or two in the years since—learned how to reconcile manliness with, uh, well, servility, for want of a studlier word. Or, shallwe say, with service to my Queen. She does not object to being adored, catered to, obeyed, and all the rest. But she wants a man to be serving her and obeying her, the man she fell in love with and married, not a toady, not a wuss or a wimp.

Which brings me back, as seems inevitable in these postings, to the old romantic courtship model of wife worship, as set forth by Lady Misato and many others since. The paradigm is embodied in the knighthood ceremony depicted on the cover of my first book. The worshipful boyfriend or husband defines and models his devotion along the lines of a heroic knight to his queen, kneeling before her after each brave deed and seeking her next commission. 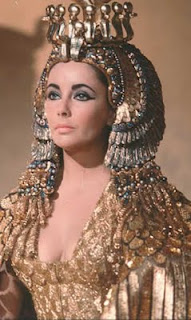 I use Knight-Queen advisedly, in preference to Knight-Lady, because a major motive to the medieval knight’s devotion to his queen derives from the vast disparity in their respective stations. It is not a disparity simply of rank, of course, or social standing, but of power. In the case of a Queen, we may assume that her power over the man on bended knee is absolute.

Thus the intrepid man-at-arms bowing low before her and stretching his neck in his prostration, prays for a gentle downward touch of the flat blade of the great longsword in her grip, conferring knighthood. But his submissive pose, and the fearsome blade she wields, also illustrates that she has the power of life and death over him. She could as easily smite him with the edge and remove his head--or have it done, the way Queen Elizabeth I eventually disposed of her beloved Earl of Essex.

This particular queen-knight tale has inspired many dramatic retellings, notably Donizetti’s tragic opera, Roberto Devereux and Maxwell Anderson’s play in blank verse, Elizabeth the Queen, which was adapted to the screen as The Private Lives of Elizabeth and Essex, starring Bette Davis and Errol Flynn. FLR write large. 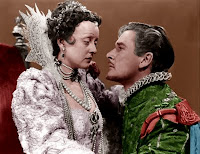 Which brings us to a new question: What is the role of the unequal balance of power in a Female Led Relationship? But I’ll leave that for another day and another post. 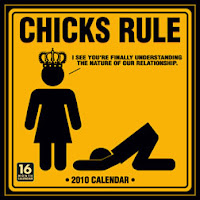