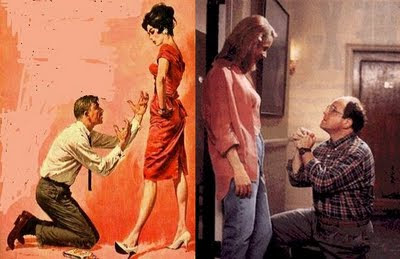 Nothing to do with Worshipping Your Wife, even the occasional royalty, makes me happier than getting emails from readers about how my book or blog helped advance their female-led relationships. Not always, but usually it is men who confide that my prescriptions actually helped or, even better, that they showed certain chapters or blog posts to the potential goddess in their life, and she took the wife worship message to heart!

One gracious reader, in a recent series of email exchanges, credited my writings for “giving me the courage to openly submit to my wonderful wife.” After a period of “stealth submission,” he “came out” to his recent bride with a letter “explaining everything.”

Submissive hubbies who have gone the stealth submission route well know the anxiety involved in such a “coming out,” finding the right confessional tone and words, then waiting like a prisoner in the dock for the reaction of the beloved, searching her face and body language for the first signs of yea or nay.

My email correspondent hit the jackpot. His bride’s reaction to his confessional letter was everything he had hoped and prayed for. “She thought it was beautiful,” he wrote. Later he showed his wife my book, and she was enthusiastic. My friend is now living a life of open submission, and has since shared my book with another man. He adds, “I am beyond happy.”

He provides some additional details that I’d like to share. Every day he gets down on his knees and affirms his adoration of his beloved. “I honestly don't remember the first time I knelt in front of her and just adored her,” he writes. It just seemed natural. Down on his knees he repeats a series of daily vows that he wrote. “I say these to her every day, no exceptions.”

Here they are, minus a few personal phrases. I find them romantic and tender, candid and, yes, intimately confessional: 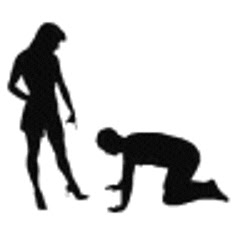 This daily ritual serves as a reminder of and rededication to his life of submissive devotion to his wife. And, he writes, borrowing a phrase from my book, it is also part of “daring to be known by her.”

I felt a pang of jealousy when I read this, because my new friend was describing a ritual that I once practiced with my wife, but which several years ago I allowed to slip away through lack of conviction and commitment to the lifestyle. As I explained in my own note to my wife:

When I see you each morning, or at the end of each workday, my heart fills with a newlywed's happiness. But, after 13 years of marriage [note: that was 8 years ago], there is no accepted ritual that permits me to display the intensity of my feelings. So I make do with a casual peck, a squeeze, a touch in passing... Too many months ago, for a brave while, I dared to go farther—to steal a few seconds out of our hectic morning preparations to kneel before you, as you dressed or did your makeup, and to embrace you wholeheartedly and declare my devotion. You were, I recall, accepting of these awkward avowals, and they gave my spirits a euphoric lift, a sense of going into the day draped with milady's colors and enwrapped in milady's perfume... But I let them lapse. And though I miss them keenly, these giddy little rituals, I've been too embarrassed, or too timid, to attempt to renew them.

And here my new email friend, inspired by me, was enjoying this wonderful daily ritual which I had neglected and lost! Why did I let that happen? I made my own vow—to regain what I had lost. To refresh my memory, I did a quick search of some postings I had saved on the topic of daily vows and obeisances. Here are a couple that get to the heart of the matter: 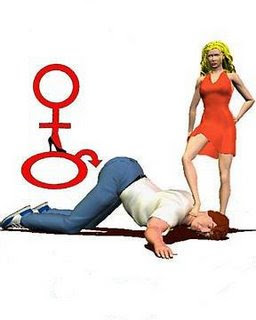 “When [my wife] finally got out of bed I quickly assumed my morning place before Her, kneeling before her, kissing her feet while she sat on the edge of the bed. She allowed this daily morning obeisance for a few moments, then stood and walked away toward her bathroom.”

One of the special moments in my life was the first time John knelt at my feet, and we talked as mistress and [husband]. In my view the first time a man has the courage to kneel at his wife's feet is a very special occasion. This special little physical act often helps a couple transcend many of the boundaries that have kept their marriage arrangement from moving forward.
This may seem strange to many of you, but that moment John knelt to me for the first time, was as much of a romantic occasion as our first kiss. [Now, five years later,] there is never a day that John does not get down on his knees in front of me. During that time we talk as husband and wife, and John gives me his full and complete attention. There are no cell phones, TV, or other interruptions allowed. Our talk always ends with a kiss when I give him permission to rise.
What I am hoping by this email is to encourage other aspiring couples to adopt this procedure into their lives. It would make me very happy if at least one couple, who tries this procedure, would give me their comments on how this simple little act of devotion made them feel. I would love to hear as much from the wife as the husband.

So… thank you to my email correspondent. I am rewarded to have inspired you. But now you have inspired me. I make a bow and vow today to regain that wonderful daily ritual, which began for me years ago as an impulsive hyper-romantic gesture. I will keep you posted, and Mistress Kathy, too, on how I do in following through.
Posted by Mark Remond at 10:57 AM 13 comments:

For those who, for whatever unaccountable reason, have not yet read the book, Worshipping Your Wife, here is a 750-word Readers Digest or Cliff Notes version:

WORSHIPPING YOUR WIFE: Six Steps for Turning Marriage Back Into Passionate Courtship

“Boyfriends need to understand that if women are worshipped, the world will be a better place.”
—Nicole Kidman

“If you want your wife to be a Goddess, worship her.”
—Clairette de Longvilliers

“The thrill is gone.”

It’s the lament of so many married couples. Husbands and wives drift apart, physically and emotionally, or maintain alliances of custom and convenience, keepers of a flickering flame.

Love has its seasons, as John Gray reminds us in Men Are From Mars, Women Are From Venus. It's folly to expect eternal springtime, perpetual romance.

But what if it's not necessarily true? What if love can be rekindled, even the all-consuming passion of first love? And not rekindled briefly, for just a season, but “ever after,” creating that fairytale future couples dream about when saying their vows?

That’s the extravagant claim of Worshipping Your Wife: Six Steps for Turning Marriage Back Into Passionate Courtship. Yes, courtship—because that’s when guys and girls find each other most mysterious and magnetic.

Here's the entire six-step program in a nutshell—nominally addressed to husbands, but most effective when hand-delivered by their wives (or girlfriends), with salty or salient passages underlined.

The husband needs to:

Step 1: Realize that "the thrill is gone" and that he wants to get it back

Step 2: Save his sex energies for his wife

Step 3: Make her his fantasy

The solution is for the husband to make his wife the centerfold of his inflamed imagination, as she was during courtship. When a husband begins treating her with that same homage, the deadening scales of familiarity will dissolve and he will see her restored to full, feminine mystery and radiance.

Step 4: Court her every day, attempt to win her anew

Let the dragon-slaying, and sonnet-making, and gift-giving continue. Also: In courtship, the man proclaims his romantic ever-readiness, but the woman decides when (or if) sex will happen. It is a wonderfully workable formula, attuned to the dynamics of male and female sexuality. Let the man be hopeful all day long, striving to earn or seduce ultimate favors. Let the wife initiate and announce the main event ("Gentlemen, start your engines!"). Sex will be better and hotter for both--and more frequent.

Step 5: Pamper her and pitch in around the house

Step 6: Dare to be known by her

Most men aren't comfortable discussing intimate or emotional issues--even sexual fantasies. But the more a marriage returns to the courtship model, the more a husband's thoughts—and fantasies--turn to his wife during the day, the more he will have to share with her at night (or other private times). Opening up to her will serve to strengthen emotional and sexual bonding--and preclude any temptation for a "misunderstood" husband to unburden himself to another woman.

“To me it’s pretty simple,” began a memorable post I found in a wife-worshipping message board. “It’s all about doing what I can do to make my wife happy. Because when she’s happy, I’m happy. It doesn’t take much once you get the hang of it. Every single day I just pretend we are dating and I try to win her heart.”