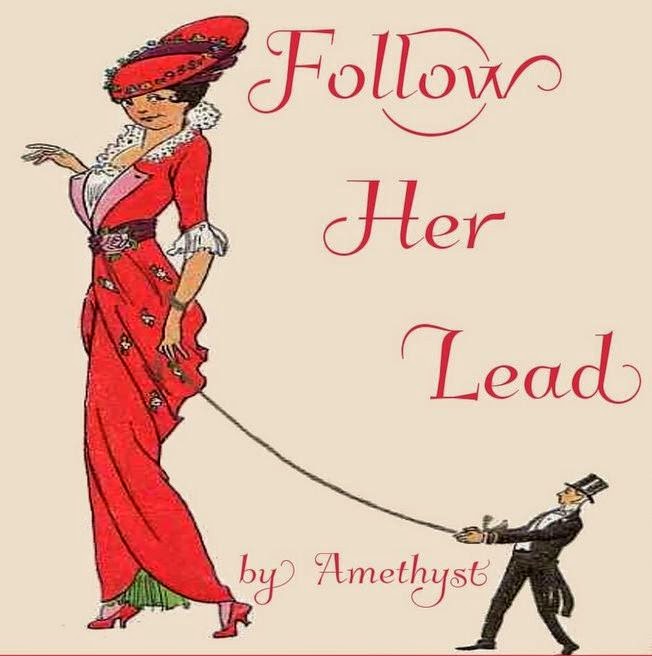 The pro-Female dynamics in our family may be unconventional at the moment, but the Female Led movement is gaining ground fast, and I feel that my children will one day be ahead of the game and better prepared for the world that is coming.

But even if our lifestyle were still to be frowned on in the future, I still feel strongly that it is right to conduct ourselves in the way we do.

When it comes to our children, my Goddess Wife and I put both of them first. Their happiness is central to our family. My Wife and I both make sacrifices for them, but we find that there is more scope for me to give things up—with the help of my Wife.

For example: I used to eat too many sweet things, and now, at my Wife’s direction, that has been stopped. The ideal that my Wife likes to promote for males is one of being slim and trim, and for Women to be rounded and larger.

We both agree that the pervasive effect of media stereotypes (and, to an extent, the “War on Women”) has been to make females thin and weak through dieting and shame about size.

In our family the Women are large and strong, while the calories are restricted for us males.

Here’s how mealtimes embody this families dynamic: My son and I must wait for the lasses to start first, so they get first choice in certain foods. Either we start to eat only after the lasses have already begun their meal, or we may eat at a later time.

Either way we have smaller portions

Clearly, the idea that the big lion gets the lion’s share of the food is reversed in our house. It’s the Lionesses that get the Lionesses share. 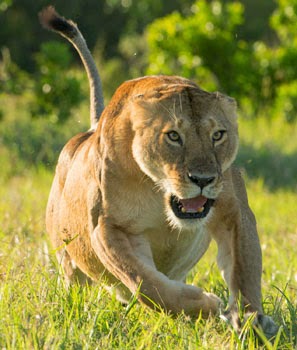 And all of us—my Goddess Wife and I, and our Daughter and son—feel that this is exactly as it should be.
Posted by Mark Remond at 1:22 PM

I don't know about your son, but my teenage son eats more than my wife, my daughter and me combined and he is still thin as a reed. It is not unusual for him to drink almost a gallon of milk a day. Now he is active, but not outside of the norm. In conversation with our friends who also have sons, he is the rule not the exception. Just go look at the comic called "Zits."

Yeah, I'm kinda havin' a problem with the whole feeding priority thing.
Males, typically being larger and having more muscle mass, require a higher caloric intake to maintain good health than do their female counterparts.
Fostering an attitude of submission to women is one thing, but restricting calories so as to promote a body type that is physically "inferior" is misguided.
Did I understand your post correctly?
There are some laws of nature with which we should not mess.
That being said, thank you for posting and contributing to the conversation.

You mentioned that the women in your family or large and strong. It is one thing to be big boned and heavily muscled and call that large and strong and quite another thing to to have a body composition that consists of excessively large amounts of body fat. Both body types might be viewed as "large strong" but the latter is quite unhealthy while the former is very healthy. My impression after reading your post was that the females and your family are overweight. I may be wrong but that was how you conveyed them through your words.

Living as a slave in a female dominant/supremacist home I would think that the females would strive to be wise and use their wisdom to promote a positive view of women to others. Eating excessively just because one can doesn't necessarily equate with wisdom nor intelligent leadership.

I agree with those that have commented earlier that growing boys and growing girls need to eat more during their growth spurt years. Programs like The Biggest Loser accurately simplify body weight to the simple formula of calories in versus calories expended. If the boys are thin or losing weight then they are either expanding too many calories or not getting enough intake. Likewise if the females are excessively overweight then they are expending too few while ingesting too many.

I too have enjoyed your post and maybe in the future post you want to clarify you shoot a little bit more. Thank you for writing.

I totally agree that boys should aim to be nice and attractive to the Superior gender.

I think a lot of other things follow, please give me your opinions:

1) gender role reversal in age groups:
in the patriarchy it was OK for a much older man to date and sometimes even marry a younger Woman. I think in the Matriarchy the trend known as "Cougars" will replace that, where the Woman is significantly older (and many times behaves as I will describe on "2)").

2) Women are to be the huntresses, so to say, when it comes to meeting and starting new relationships (the one who makes the call, asks out etc. will be the Woman), Women will be the ones to initiate sex and Women will be the ones who will sometimes be the "players" (the one who is in it mostly for the looks of the other or even just for sex -- not saying this is ideal but it will be more forgiven from a Woman to be that way).

3) Women will expect men to dress up prettier, which will make men's clothes and apparel more as we know Womens' today (more colors, more cloth types, maybe even skirts!). That might include in some cases waxing boys' legs and body hair out! It might even include some form of makeup.

We have to address the myth of being over weight. What does that term mean. Overweight for what.

Who defines what is overweight and why should there be an overwhelming emphasis on Women losing weight.

Thank you for your interesting post zardoz. It would be interesting if you could give some more details. Obedient Husband makes the reasonable point that males need more calories because they are naturally larger, and that one should not interfere with the laws of nature. However, how do we know that men having more muscle mass is not partly or even largely the result of nurture rather than nature? A little while ago I found this article http://www.scientificamerican.com/podcast/episode/fort-actually-ancient-aqueduct-08-09-24/ which says Shawnee women's skeletons show they were large and muscular and the men smaller and petite. 'The Dominant Sex', written by Mathilde Vaerting in the 1920s, also cites many examples of societies where C19th explorers found the women were larger and stronger than the menfolk. A glance at any rack of magazines will show that a healthy look for women is invariably associated with weighing less, whereas for men healthy is defined as muscular. The far greater number of girls who go on to develop eating disorders compared with boys shows this cultural ideal is not necessarily beneficial for the female sex. So if Zardoz's family chooses to do things differently, albeit one hopes in a healthy way for everyone, is that so bad?
Steve

Why is being fat automatically linked to being unhealthy. the two are not going hand in hand all the time.

The idea that Women should be weak and emaciated is the line the patriarchy spews out non stop.

It is Her preference to see thin males. Others might want muscular or fat ones.

Those are interesting points, Steve. I can't explain the examples you cite as to the women being found to be larger and stronger.
Regarding the nature vs nurture point, I'm going to have to side with nature as to explaining the larger, stronger men.
At least for us "modern era" males, the hypothalamus (gonadotropin releasing hormone) has teamed up with the anterior pituitary gland (follicle stimulating hormone, luteinizing hormone) to stimulate the male gonads into producing more androgens (testosterone) than women. Of course the women's ovaries produce more estrogens and hormones that support child birth and nursing.
Of course the males needed to bigger, faster, stronger so that everyone could enjoy sabertooth tiger burgers w/ cheese.
I can't see that nature has, or will ever change in regards to hormone production.
In regards to Mr. Vaerting's 1920's examples, I suspect that he is observing changes in "fashion and preferences".
Even Marilyn Monroe, considered a knockout during the years 1945 - 1955 wouldn't attract too much attention today because she was a bit larger than what is considered "ideal" today.
My point is simply that the collective "tastes" of a culture can change which can bring about changes on the "nurture" side of the equation.
I would suggest that Mr. Zardoz and family are also effecting changes on the nurture side.
That, I suppose is his (or his wife's) prerogative.
I just hope they are well studied regarding the changes they are affecting in their kids, who, at this point, are not really willing participants.

Thanks to all for reading and participating.